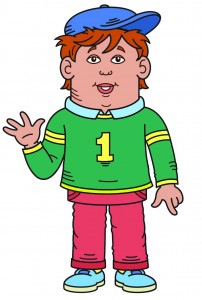 Bobby lives in an apartment building where you can’t have a dog as a pet. Bobby has a cat, but she has her own way of doing things and doesn’t always want to play when Bobby wants to play.

Some of the “Can Do” kids are getting puppies. Each time Bobby comes home from a friend’s who just got a new puppy, his mom can’t help noticing he looks kind of sad.

At dinner one evening, Bobby’s mom and dad began talking about another pet that Bobby could have in the apartment. It didn’t take Bobby long to say,”I really like turtles. They don’t take up much space and I promise to take good care of them and the tank where they will live.”

Bobby’s dad answered,”You said turtles, are you thinking about more than one pet turtle?”

I really think I need two turtles,” answered Bobby. “If I only have one, he might get lonely.”

Bobby’s dad smiled at him saying, “Well, we wouldn’t want a lonely turtle. You can get two small turtles and keep them in your bedroom.”

The next day was Saturday. Bobby and his dad set out for the pet store to buy the turtles. It was a tough decision, but Bobby finally decided on two turtles that he thought looked like brothers.

When he got them home, he set up the tank on the desk in his room, filled it with water and put the turtles in their new home. He spent the rest of the night trying to think of names for them. The next morning, he still hadn’t named them.

A week went by and the turtles were doing just fine. Bobby loved to watch them slip into the water and swim around. Then it happened; he was late getting out to the school bus and left the house without closing the door to his room.

When he got back from school, he went to check on the turtles. Oh no, they were gone! He looked all around his room, but he didn’t see either of the turtles. He called his mom to help him. No luck until they looked for the cat. Sure enough, Lisa had one of the turtles and was scooting him around on the floor!

The turtle looked dry and tired! Bobby grabbed him up and put him back in his tank. He remembered to close the door as he went to look for the other turtle.

When Bobby’s dad got home, he suggested looking for the other turtle in a dark place. Bobby remembered that his closet door was open. He ran into his room, closed the door and began looking all around the floor of his closet. Just as he was about to give up, he saw something peeking out of his slipper; it was the turtle!

HE put the other turtle back in the tank. Bobby thought the turtles looked happy to see one another.

At dinner, Bobby was very quiet. As he was finishing desert he said,”I named the turtles. I named them both Irvie. His dad smiled and asked who was who. “That’s easy” answered Bobby,”Slow Irvie is the one who Lisa caught, and Fast Irvie is the one that hid in the closet.”

The next morning, Bobby asked his dad to help him find the Fast Irvie and Slow Irvie a new home. He said, “I’ve made a hard pet decision. The turtles aren’t safe here; they could have been seriously hurt yesterday. I have to find them a safe home; a home where I can visit them.”

Bobby’s dad agreed that he was making a good choice.

After breakfast, Bobby and his dad took the two pet turtles to a pond just beyond “Can Do” Street, where they knew there were other turtles. Bobby said goodby to each pet turtle and set them free in the pond. He turned away, so they wouldn’t see him crying, and called out, “Bye Fast Irvie, Bye Slow Irvie , see you soon.” 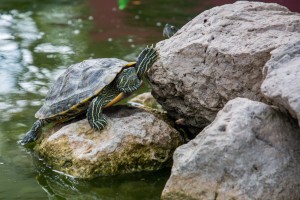