Miss Pat said, “Most of you need help with writing. You need to practice writing if you are going to get good at it. CSo…for the next few days, you are each going to tell me a story and then you are going to write your story down on paper”

The “Can Dos” started to find reasons why Teacher Pat’s idea was not a good idea; all except Wendy, that is. Wendy loves writing and she thought Miss Pat’s idea was just great!

Willie asked,”Why do we have to do this?” Teacher Pat smiled and answered, “Why, because writing is telling a story on page.”

With that, Teacher Pat took out a picture and posted it where everyone could see.Then she said, “What is going on in this picture is what you are going to make up a story about that you can use in your writing assignment.” 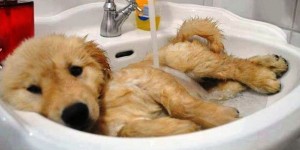 “Remember when telling a story, or writing a story,” said Teacher Pat,”a good story answer’s the 5 Ws and 1H questions.”

Hector asked what everyone was thinking when he said,” What are they?”

Teacher Pat gave the class an hour to make up a story that contained the 5Ws and the 1H. Then she told them that she would begin to call on them to share their stories in class the next day. When everyone had a chance to share his or her story, then it would be time for each one of them to write a story using the correct grammar an punctuation and turn it in for a grade. The best story would be put up on the bulletin board outside the principal’s office for all to see.

Okay, why don’t you make up a story along with the “Can Dos”? Remember to name  the puppy and give your story a title. 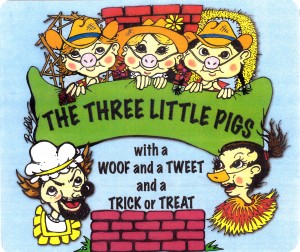