The “Can Do” Kids Cooking Club made fishy fun food for the Pre-K and Kindergarten campers for the first day of summer camp.

Miss Sue asked them to fix something that would make campers, who were weepy about their first day in camp willing to eat something at lunch time. She also shared that some of the children were picky eaters.

Yundi, one of the members of the “Can Do” Kids Cooking Club came up with the idea of a fish theme, since most kids are interested in looking at and learning about fish.

The name of the lunch theme…Fishy Fun Food. The

They made tuna fish and served it on rolls shaped like a fish. They bought the rolls in the supermarket. 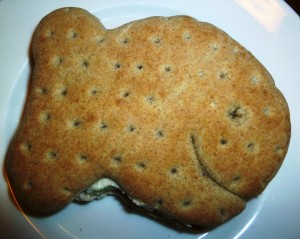 For dessert, they let the campers fish for their treat.  Each camper got a chance to use a fish net to scoop out vanilla and chocolate flavored whole grain  goldfish cookies. The sandwiches and the fish cookie treats were a great hit. 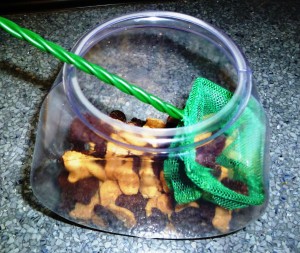 Even the picky eaters ate some of the fishy fun food.

Afterwards, Miss Sue thanked the Cooking Club for their fishy fun food and the campers applauded.