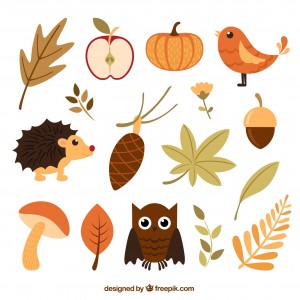 Miss Pat called the class to order and asked, “Who knows when the Fall season of the year begins?”

As usual, Orrie was the first to raise his hand and said, “Fall begins in the Northern Hemisphere on Friday the 23rd for Canada and the United States.” Orrie beamed when Miss Pat complemented him.

Maria raised her hand and asked, “When does South America have its Fall season?”

Miss Pat smiled and said, “Good Question, Maria. Does anyone but Orrie have that answer?” Jay raised his hand and said, “They already had their Fall season. They had it in March. It  began on Sunday, March 20, 2011 for countries considered to be in the Southern Hemisphere. Their seasons are opposite to ours.

“Wow,” said Willie, “You guys are smart. I didn’t know any of those things about the Fall. I just thought Fall was about going back to school and watching football at the high school and on TV with my grandpa.”

Miss Pat said, “Let’s take a Fall quiz and see what else we do and do not know about the fall season.”

She then passed out a quiz. Why not take the quiz and have your parent check your answers?

What is another name for the Fall?

What happens to trees in the Fall?

Name two holidays that are in the Fall.

What sports are played in the Fall?

What do farmers do in the Fall?

What kind of clothes do we wear in the Fall?