Kathy took the flashlight from its hook in the kitchen closet and slipped it under her robe. She took the back staircase from the kitchen upstairs to her bedroom.

She slipped the flashlight under her bed.  Then she took the book she had been reading, Anne of Green Gables, and slipped it under her pillow.

She smiled to herself, thinking  about how she could read by flashlight after bedtime. She went downstairs and joined her family in the living room to watch a TV show together.

When it was time for bed , she kissed her parents and made her way up to bed. Kathy shared a bedroom with Annie, her sister, so she had to wait until Annie fell asleep before trying to read by flashlight.

Kathy lost all track of time. When she heard her parents coming up to bed she quickly turned off the flashlight and tucked the book under her pillow. She pretended to be asleep. Just then her mom opened the door to her room and thinking that Kathy was asleep, said to Kathy’s dad, “I’m happy to see that Kathy is getting a good night’s sleep. Tomorrow is the big spelling bee and Kathy is such a good speller.I think she really has a good chance at winning.”

Oh no thought Kathy, I forgot about the spelling bee. I better get to sleep. When the alarm rang the next morning she had such a hard time waking up. She forgot to return the flashlight to the closet and left the book under her pillow. She was running late for school, so her mom told her to skip making her bed, that she would make it for her. 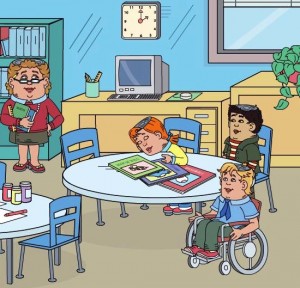 The other bad news…she had a lot of explaining to do when she got home. Kathy took the flashlight from its hook in the kitchen closet and slipped it under her robe.

“Ever since I was a little girl I’ve  wanted to see Prince Edward Island and now I am here,” answered grandma. “Here is where my favorite childhood story took place. Oh, it wasn’t a true story, it was fiction, but the author used the places and the things and the people as they were in 1878 on Prince Edward Island  to tell a story about an orphan girl that comes to live here. The orphan girl is Annie Shirley and the book is Anne of Green Gables. It was written by Lucy Maud Montgomery who used her own childhood memories growing up in rural Prince Edward Island to write the book. Since it was published, in 1908, it has sold over 50 million copies.”

“I never heard of it , grandma,” said Arthur J. Grandma looked sad for a moment and said, “That’s too bad. When I was a girl Anne of Green Gables was required reading for school.”

After the tour of Green Gables, grandma took Arthur J, Kathy and Annie on a walking tour of Charlottetown, the main city on Prince Edward Island. There, on one of the corners in the downtown area was a store totally devoted to Anne of Green Gables. It had books and DVDS, music, clothes and, of course, dolls. They had a great time exploring the store for over an hour.

Arthur J took Kathy and Annie aside when grandma wasn’t looking and asked the girls to keep grandma busy while he bought her an the original story of Anne of Green Gables. The girls took grandma over to another section of the store and Arthur J bought the book with spending money his parents gave him for the trip. He hid it in his backpack.

Later that night, just before bed, Annie asked grandma to read them a story. “I don’t have any books with me,” said grandma. Arthur J reached into his backpack and pulled out the gift-wrapped book.

Grandma’s eye’s misted over as she opened the package and saw the book…Anne of Green Gables. She hugged and thanked her grandchildren for their thoughtfulness and said, “Under the covers you go, children. Where are my glasses? It is time to return to an earlier time and join Annie Shirley in her new life on Prince Edward Island.

For more pictures of Anne of Green Gables go to http://greengables-1.tripod.com/pictures/