Miss Pat couldn’t help noticing that some of the “Can Do” kids were picking up habits that weren’t very nice. She decided it was time to say something about nice habits and not so nice habits.

Lately, Hector was picking his nose in class. Kathy was talking with her mouth full at snack time and snack crumbs were getting all over her and anyone sitting next to her. Just last week, Jay started to wipe his hands on his shirt.

Most of the class didn’t mind so much about Kathy talking with her mouth full, except the kids near her when stuff fell out of her mouth. Some of the kids were starting to call Jay Pig Pen after the character in Charlie Brown. Most of the girls avoided being seen with him unless he had his coat on. Hector’s nose picking was another story; it grossed everyone out who saw him doing it. No one wanted to shake his hand or touch his stuff after he picked his nose.

Miss Pat decided it was time for the good habits, not so good habits talk. She began, “Class, I can’t help noticing that some of you are doing some things that are considered habits that are not attractive or nice. These habits can lead to others not wanting to be around you.”

Jay took a big bite of an apple. The juice ran down his chin and he used the tail end of his shirt to wipe his face, saying as he wiped,”Like what , Miss Pat?” Miss Pat answered, “Like what you are doing right now, wiping your face with your shirt.” Bobby yelled out, “I can tell what you ate all day by looking at your shirt. Use a napkin, or a paper towel!” Jay turned bright red and asked if anyone had a tissue.

Miss Pat continued by talking about personal hygiene habits. All of a sudden everyone was staring at Hector, who said,” Why is everyone looking at me? What do I do that’s so gross?” before Miss Pat could answer, Bobby called out, “You pick your nose in public, yuck!” Hector shouted back, “Big deal!” Miss Pat said, “It is a big deal, Hector. Some of your classmates don’t want to sit next to you.  Others don’t want to take things from your hands after you pick your nose. I don’t blame them. Cleaning out your nose needs to be done with tissues, and is best done in private. When you sneeze or blow your nose, you also need to use a tissue.”

Kathy chimed in, ready to complain about Hector, when Nellie said, “Kathy, you shouldn’t say anything about Hector until you stop spraying everyone near you with food because you are talking with your mouth full. ” Kathy looked as if she were about to cry.

That’s when Miss Pat took over the conversation, saying,”Boys and girls, we all need to be aware of those habits that are not polite or may offend others. If you are not sure if you have any of those habits, ask your parents or ask me. If you have a not so good habit, give it up now.”

Hector raised his hand and said, “From now on I will clean out my nose in private, using a tissue and wash my hands when I am done. Kathy raised he hand and asked,”If you see me talking with my mouth full, please tell me.” Her classmates nodded that they would. Then it was Jay’s turn to raise his hand.  “I promise to carry tissue or paper towels and use them instead of my shirt.”

Miss Pat smiled. She was so glad the children saw the need to fix their not so good habits.

What Do You Give a Service Dog on His Birthday?

The “Can Do” Kids are in a tizzy because they are invited to a birthday party for Muggins, Mickey’s service dog.

Hector and Arthur J. have dogs and know what dogs like, but Muggins isn’t just any dog. He’s a service dog. He goes everywhere with Mickey. He is  specially trained to guide Mickey wherever he goes.

“Hector, said Arthur J., “We better not guess on this one. We better do our homework. I’m going to look up what service dogs are allowed to eat as treats or what toys they can have.” Hector thought a minute and said, ” Why don’t we just ask Mickey? He will know. It’s his dog”!

“Awe, what kind of a surprise will that be for Mickey? Besides, it looks like we couldn’t be bothered learning about a service dog,” said Arthur J.

So, Arthur looked up about service dogs on the Internet and he found out that service dogs are never allowed eat food from the table or food scraps. A service dog cannot be distracted by the smell of table food when he or she is working. They eat dog food. They can have dog biscuits as a treat. Arthur found a recipe for dog biscuits that is approved by a program that raises service dogs.

The next day, Arthur told Hector what he found. They took the recipe to the “Can Do” Kids Cooking Club and everyone helped make  Muggin’s birthday gift…a big basket of fresh baked dog  biscuits for the best service dog!

Tags: Can Do Kids, Good Choices, Hector, life skills, service dog, what can a service dog eat, what treats can you give a service dog
Posted in What Can a "Can Do" Do? | No Comments »

Why Does Willie Almost Always Win at Checkers? 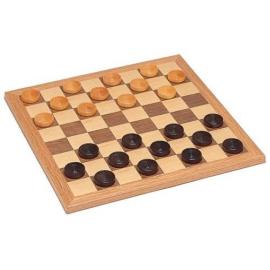 There was a checkers contest at the community center and Willie beat everyone who played against him!

How did he beat every one of his friends at checkers? When asked by a group of the “Can Dos” who lost to him,  Willie told them that he played checkers often. That is why he is so good at it. Well, just as he was saying that, Grandpa Dooley walked by and heard what he said.

“Okay, ” said Willie, “Grandpa Dooley found me a computer game that lets me practice checkers any time I want to. I play against the computer and that can be tricky.”

The “Can Dos” all asked him to show them the game. Grandpa Dooley offered to install the game on the computers at the community center if Miss Sue agreed it was okay to do.

Why don’t you take a look at the game with the “Can Dos”? Why not play a game or so?

Just go to the “Can Do “Club House and choose the balloon that says more games, then click on draughts and checkers. 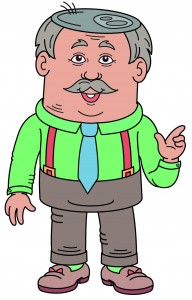 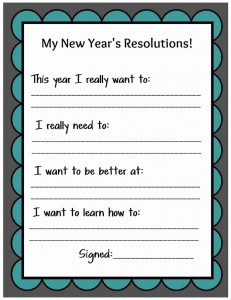