A Christmas Pageant to Remember

The Christmas Pageant was held on Christmas Eve Day, which was cold but clear.

When Willie and Nellie made their way down the stairs for breakfast, Grandma Hattie was already hard at work in the kitchen making the casserole she promised for the community center lunch following the pageant.

Grandpa Dooley was busy flipping pancakes for breakfast. He knew how Willie and Nellie loved them.

Willie and Nellie ate in silence. Grandma and grandpa gave each other knowing looks. Holidays were hard for Willie and Nellie with their mom in the military. She couldn’t always get leave on the holidays to be with them.

Grandma Hattie gently reminded them that it was time to change into their costumes for the pageant at the “Can Do” Street Community Center. This year the pageant performance was ” A Christmas Carol.” Nellie had a speaking part, and so did Willie.

Willie and Nellie nodded and got up from the table to go up stairs and dress.

A few minutes later, they came down  in their costumes. Grandma Hattie could see Nellie had tears in her eyes. She gave her a hug and Nellie said, “I wish momma could see me in the play.” Grandma nodded and said, “I know child. Your mom will be home soon, but for now you need to think about the pageant. It is almost time to leave.”

Willie and Nellie played their parts well, so well that Miss Sue called them back on stage at the end of the show to take an extra bow. Then she told them she had a surprise for them. Just as she said that, their mom popped out from behind the stage curtain. She was still in her uniform. She came right from the airport to see them in the pageant!

Everyone in the audience stood up and cheered as Willie and Nellie hugged and kissed their mom over and over again.

It was a pageant to remember!

Does Santa Snack on Soda Bread?

Every Christmas Eve, Grandma Maureen’s “Can Do” grandchildren are in her kitchen making soda bread for Santa. According to Grandma Maureen, “Sometimes Santa likes a break from milk and cookies.”

Kathy, Annie, Orrie, Bobby and Arthur J never get tired of hearing her tell the story of making soda bread for Santa.  She was only to happy to revisit that special time when she was a child, in Ireland, helping her mother make soda bread on Christmas Eve.

Grandma Maureen shared, “We baked the soda bread in a cast iron skillet that was too heavy for me to lift by myself.  Our cottage smelled so good and I was getting so excited about Santa coming!  When the soda bread was done, it was set to cool. A  piece was for Santa and the rest was part of Christmas breakfast for the family. Just before my bedtime, I was allowed to cut a piece  from the round loaf of soda bread and spread butter on it.

My mother and I would place the soda bread on a special plate and cover it with a linen napkin. We’d placed the plate on the mantle with a note that read, “The kettle is on the stove, the tea is in the pot, your special mug is on the table and here is your soda bread. Put you feet up and enjoy your tea and soda bread before you go out in the cold again. There is hay in the barn if the reindeer need a snack.”

Grandma Maureen’s eyes got moist as she continued,”In the morning I’d find crumbs on the plate and a few drops of tea in the mug with a note written under the bottom of mine that read, “Thanks for the snack! Look to the side of the mantle for your present.” It was signed Santa.

The “Can Do” grands did just what grandma did as a child, but since they all made a soda bread, they each left a slice for Santa and took the rest home for Christmas breakfast with their parents. Grandma reminded them that when they came for dinner the next day, to look under the tree for a gift from Santa.

Grandma Maureen said, “I know Santa will leave a present for each of you. I also know that Santa will be so pleased with the soda bread you made him!” 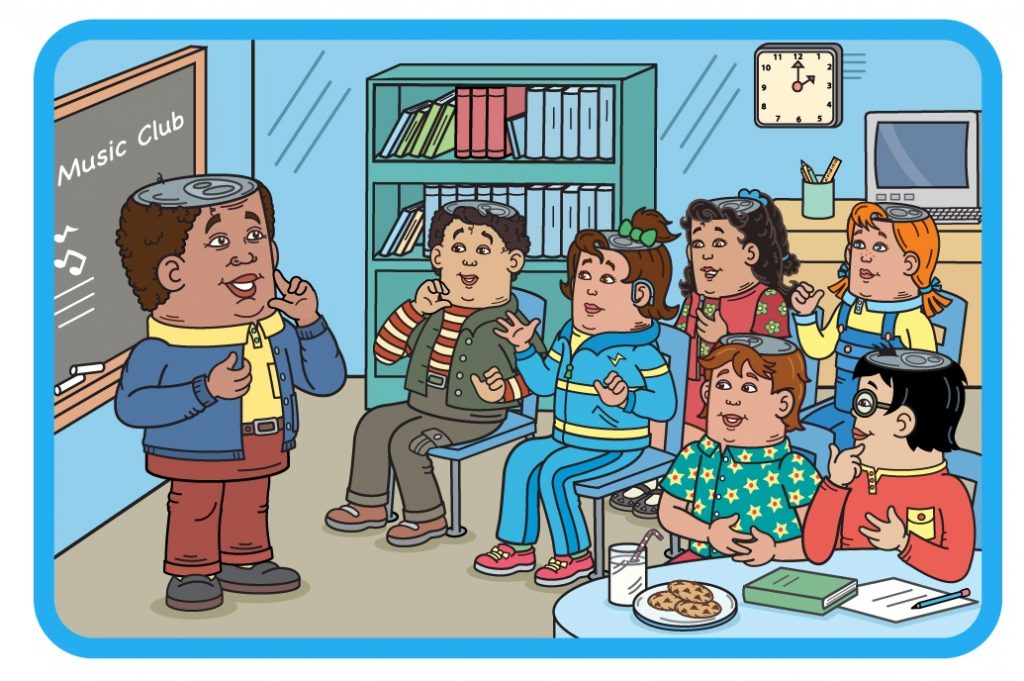 Christmas was getting close; just 13 days away, Mr. Dooley, the community center music teacher and choral director, came into the crafts class at the center and asked Miss Sue if he could speak to the class about a Christmas activity at the center.

Miss Sue nodded and Mr. Dooley said, ” The “Can Do” Kids Chorus was just asked to sing for the Seniors Christmas Party on December 23rd at 4 pm. I have permission slips for you to take home with you today and have a parent sign. Is there anyone here who cannot sing for the seniors on the 23rd”?

Hector raised his hand and said, “I’m in a basketball game that afternoon. The team needs me.” Kathy raised her hand and shared,”My cousin is coming to visit for Christmas. I need to be home to greet her when she comes.”

Jay raised his hand and said,” My parents and I are flying home to be with our family on the reservation for Christmas. Our plane leaves at 4 pm.”

Mr. Dooley said, “I can understand that Jay cannot change his plans, but Hector, I need to ask if this is a league game or just for fun”? Hector answered, “Just for fun.” Mr. Dooley smiled and reminded him, saying, “Hector, your grandma is in charge of the party. What will she tell her friends when you are not there to sing for her and the other seniors”? Hector gulped and said, “I’ll be there, Mr. Dooley. The team will just have to get along without me. I’ve got to be there for my grandma.”  “Good choice,” answered Mr. Dooley.

Before Mr. Dooley had a chance to ask her, Kathy announced that she would call her cousin and explain about the Christmas party for the seniors and that she would see her when she got home.

Kathy added, “The seniors are mostly all our grandmas. They are always there for us. We need to be there for them this Christmas.” 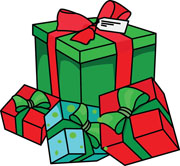