With New Year’s Eve coming, some of the “Can Dos”  were complaining to Miss Sue that all the New Year’s celebrations, at the recreation center,  were for teens and adults. Miss Sue thought about it for a day or so and then announced  that there would be a buffet lunch,  at the community center, on New Year’s eve for “Can Dos” 6-12 years old.

Parents and grandparents were invited to join the “Can Dos” for games, a sing-a-long and then the buffet.

Given what Miss Sue had seen in the past with “Can Dos” forgetting their manners, she thought it might be best to practice buffet manners before the actual buffet lunch. Good thing she did.  Wait till you hear what some of the “Can Dos’ did during the buffet rehearsal!

First of all, Miss Sue had a long table covered with a white cloth and had the cafeteria ladies set out several different dishes with serving spoons and forks  laid out next to them. She had napkins, plates, forks, knives and spoons at one end of the table. At the other end she had glasses and pitchers of juice and water.

Miss Sue instructed the children to start the buffet at the end of the table with the napkins, plates and utensils. They were to move down the table, in a single line, taking what foods they wanted. When they got to the beverage, an adult would serve then a drink. Then they were to find a table where they could sit down and eat with each other.

Well, the buffet practice all started off well, but then Nellie broke out of the line because she didn’t want some of the foods, and didn’t want to wait until others ahead of her took some of these foods.

Then others  broke out of line and soon it was a mess with “Can Dos” yelling,  “No fair, I was ahead of you and now I’m waiting for you to go.”

Then Miss Sue saw Hector take food put it on his plate and then put it back in the buffet bowl. As she walked over to him, she saw Kathy use her fingers to pick up fruit from the buffet and put it on her plate!

That did it! “Children, said Miss Sue, “Come away from the buffet table. we need to have a lesson in buffet manners right now!”

When the “Can Dos” gathered around her, Miss Sue said, “When you are at a buffet these are the things you must remember to do or other people at the buffet will thing you have bad manners and you will embarrass your family:

The “Can Dos” listened carefully and when Miss Sue was finished speaking Annie asked,”May we try again Miss Sue?Miss Sue thought a minute and answered, “I think that is a good idea.”

The “Can Dos” lined up and went through the buffet line remembering to stay in line and using utensils to take food. No one used their fingers and no one put food back on the buffet after putting it on his or her plate.

The “Can Dos” were ready for their first holiday buffet!

The “Can Do” Kids Just Want to Say 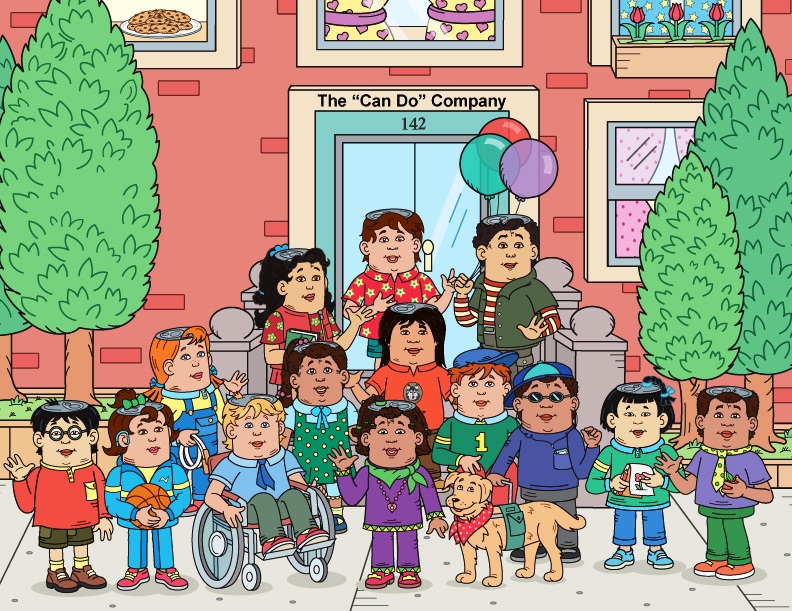 Happy Holidays from Us to You!

Tags: Can Do Kids, Christmas, Good Choices, happy holidays
Posted in "Can Do" Kids | No Comments »